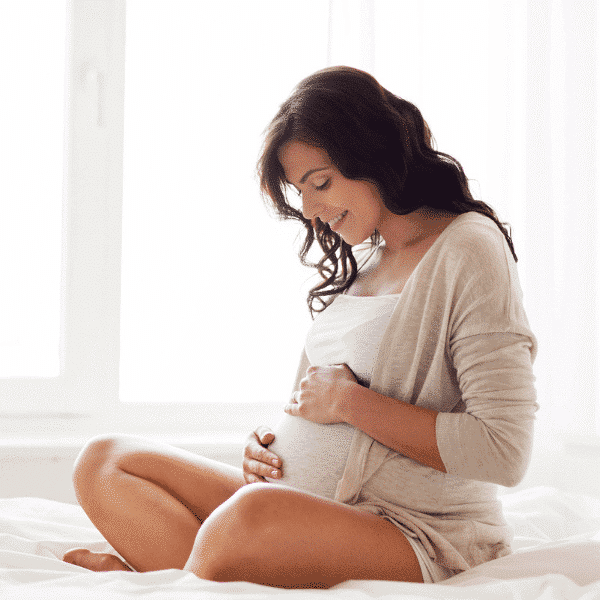 Omega-3 DHA for pregnancy and newborns – A complete guide [2022]

If you are vegan, pregnant, or breastfeeding and are looking for a way to incorporate more omega-3s into your diet without eating fish (or taking fish oil), we have good news – there are plant-based options out there too!

Algae oil for example contains high levels of DHA (up to 50% by weight DHA) that can be taken by pregnant women and nursing mothers without any worries about mercury and other contaminates.

We will explore how you can use algae oil supplements to improve your omega-3 intake during these critical stages of life.

The three types of omega-3s

Let’s start by looking at the three different types of omega-3 fatty acids to better understand how this impacts a plant-based diet.

ALA (alpha-linolenic acid) is a plant-based omega-3 fatty acid. It can be found in foods such as flaxseed oil, walnuts and soybeans. Omega-3 found in plant sources like flaxseed or walnuts are not considered to be as beneficial for us because they need to go through additional conversions before the body can use them; EPA and DHA, on the other hand, are already in the form that our bodies can use.

EPA (eicosapentaenoic acid) and DHA (docosahexaenoic acid) are found in fish and seafood, including algae. These types of Omega-3 fatty acids have been shown to be most beneficial for us. DHA in particular plays a critical role in the development of your baby’s brain and eyes during pregnancy and breastfeeding.

Fish eat algae which loads them with omega-3. We can eliminate the need to kill fish by going straight to the source, algae.

Importance of omega-3 during pregnancy and breastfeeding

The importance of omega-3s during pregnancy and breastfeeding is well documented. DHA in particular plays a vital role in the development of your baby’s brain. Consumption of omega fatty acids is critical because they cannot be synthesised in our bodies.

Plant-based supplements such as algae oil help pregnant women and breastfeeding mothers get more omega fatty acids into their diet. Omega-3 is important during pregnancy as it is a key building block, containing the fatty acid DHA, which makes up almost 50% of the baby’s brain structure, and can greatly affect the development of motor functions and eyesight. It may also help reduce inflammation during pregnancy.

When should you start taking omega-3 supplements in pregnancy?

It’s suggested that women begin consuming these types of fatty acids as soon as possible, ideally before they become pregnant. If not enough DHA is provided through your diet then supplementation may be necessary. Omega-3 Index testing is available to check your DHA levels – find out more by talking to your health care practitioner.

There are many vegan supplements available on the market today, like algae oil, which provide an alternative source of DHA without having to rely on animal products.

Read more on Not All Vegan Omega-3s Are Created Equal!

If you’re pregnant and following a vegan diet, it’s important to consider how your omega-3 intake will affect the development of your baby. If you need help getting enough DHA in your diet to meet all of your nutritional needs during pregnancy, consider supplementing your diet with plant-based sources of omega-3 such as algae oil.

Free Shipping is offered Australia-wide.
Orders will be sent via Australia Post or courier.
Express Post option is available for Australian locations for an extra charge of $5.50 per delivery.

Orders will be despatched within 2 business days. Delivery times are estimated to be 1-5 business days, depending on your location.

INTERNATIONAL
International orders are despatched via Australia Post and shipping is calculated at checkout, depending on weight and location.

Apply to become a Wholesaler or Stockist HERE